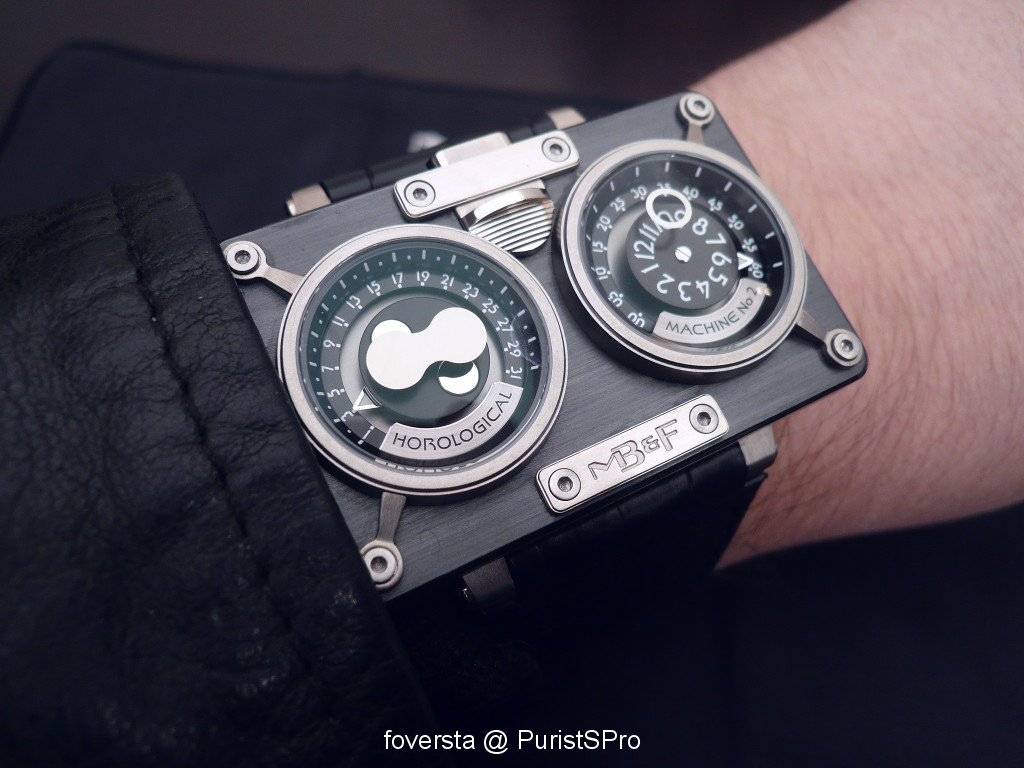 Anyone familiar with watches has been exposed to the “in-house” movement…movement.  We have been led to believe that the only watches that really matter are ones in which every part is proprietary.  I think this is a big mistake, but I understand how we got here.
“In-house” is being used as a proxy for valuable.  With so many companies, models, double-speak marketing, etc it has gotten so difficult for the average consumer to evaluate a piece that they had to grab onto something.  The alternative to “in-house” seems to be a company that just buys a cheap movement and puts a case around it.  Where is the value there?  So, yes, I completely understand why people feel this way.  Unfortunately this thinking is overly simplistic and often times wrong.

It all comes back to Clarity of Purpose.  What does an in-house movement add to the watch as a whole?  Does the newly created movement improve the watch in some way?  MB&F’s HM2 and HM3 and all of the URWERK watches are great examples.  I don’t think you can find anyone familiar with watches that will not agree that these are amazing pieces.  However, they all use other movements as the foundation for their incredible sculptures.  The reality is that either company could have remade the winding and regulating systems to be completely proprietary, but the watches would be exactly the same, potentially less reliable, and considerably more expensive.  To what benefit?  Clearly in-house does not tell the entire story.

HM4 is a great example where proprietary really matters.  Max had an idea for a piece and a movement that could clearly not be made using any other base.  As such, the project was undertaken so that every piece (311 in total) was created from scratch.  The result is spectacular and it makes the piece, as a whole, make sense.  Clarity of Purpose.

Finally, there are lots of examples of “in-house” movements that are really just companies remaking the same old movements on their own machines.  I don’t know about you, but that does not excite me.

The bottom line is that there is no sense in paying someone to reinvent the wheel.  Rather than focusing on whether a piece has an in-house movement, try to understand the essence of the watch and see if any feature sticks out as incongruous.  Sadly, there is no great proxy for understanding value.  We all just need to do a better job of educating and being educated.