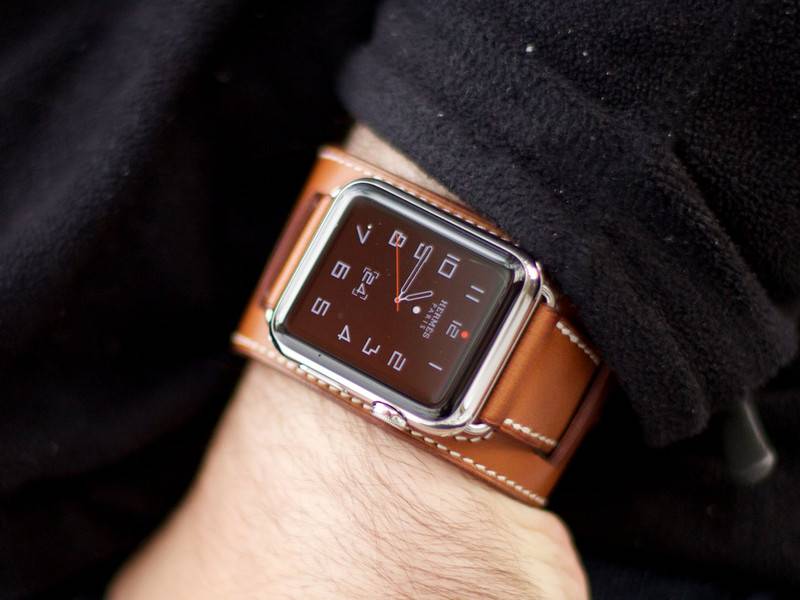 The Biggest Baddest Luxury Company of All Time: Apple

I originally wrote the following piece for Esquire Magazine in late last year (it was published in their Mexico edition). The purpose of the piece was to opine on what Apple should do with its cash hoard, but to understand that it is necessary to know what Apple truly is. While it clearly has a business focus, I think my general thesis has proven to be completely true. Yesterday Apple launched a collaboration with Hermes and spent 10 minutes of their keynote talking about watch straps! Here is the piece below, let me know what you think.

Everyone knows that Apple is a high tech company. Founded in a garage in Silicon Valley by two college dropouts, it certainly has the origin story of a proper tech company. Its main competitors through the years have been Microsoft and Google, both clearly tech companies. And yet many Apple investors, such as Carl Icahn, are calling for Apple to aggressively return capital to its shareholders, a practice that would have been unheard of for a tech company previously. Returning cash in the form of dividends was previously reserved for utilities and other low growth sectors. Traditionally, high growth tech companies never returned cash because they constantly had other projects to invest in which would ultimately create even more value for investors. Apple, however, is making money faster than they can spend it, and they can’t spend it very fast because they are not a traditional tech company. In fact, they might not be a tech company at all. Apple is a luxury goods company – the biggest and best the world has ever seen. That its medium is gadgets makes them no more a tech company than Rolex is. This understanding is vital to solve Apple’s “cash problem” – the problem enviably being that it has way too much cash.

Over the last few years, Apple has returned about $75 billion of their cash in the form of share buybacks and dividends, yet its coffers keep filling up and it currently has another $133 billion in the bank. Where does all this cash come from? The vast majority is from consumer gadgets, mainly iPhones, but also iPads, Macs, and soon to be Apple Watch. Apple did not create any of these product categories. Many companies sold MP3 players before the iPod, smartphones before the iPhone and tablets before the iPad. Apple simply makes great products. Its products are generally designed better, made with higher quality, and work better than the competition. They are also often more expensive. Apple’s strength does not lie in creating new products, it lies in making great products, promoting those products, and perfecting the retail experience. Those is the hallmarks of a true luxury brand.

Apple unquestionably knows this. That is why it is pushing the Apple Watch so hard as a fashion item. Months before its release it has been featured in Colette, a high end design and fashion boutique in Paris, and graced the cover of Vogue China. It was launched with Karl Lagerfeld and Anna Wintour and promoted by new Apple employee Marc Newson, famed designer and formerly a designer behind his own luxury watch brand. The gold version of the watch is rumored to cost upwards of $5,000. We are all familiar with the lines outside of Apple stores worldwide for a new product launch. This is the Apple magic and it is a magic fueled by the tools of the luxury industry, not tech.

The playbook is already written: celebrity endorsements, limited product availability, tight control of retail distribution and pricing, these are staple luxury brand tools that Apple is using. None of this is a knock on Apple, in fact it is a great testament to their genius. Never before has luxury been so accessible and so mainstream. That the greatest luxury product in history resides in the front pocket of nearly everyone reading this is itself a major step forward. From the marketing, to the retail experience, to the product itself, Apple has brought luxury to the masses and the rest of the luxury industry would be smart to copy as much of it as they can.

Quality is a universally recognized attribute that is often promised and rarely delivered. Luxury is the delivery of the utmost quality no matter what the barriers. When it is done correctly, this genuine blend of quality and luxury represents the best of the human spirit itself. Ultimately that is what we love about luxury goods. That Apple has been able to deliver this at a price point that millions of people can afford is why it is the most valuable company in the world, and why people will continue to line up for its products for a long time. This is what an investment in Apple is. It is not a bet that Apple will develop the next great technology, which is capital intensive and risky. It is a bet that no matter where technology goes, Apple will be able to deliver it to us with a level of quality that we all value. That is where business becomes art.

So, back to the cash, what can a luxury company invest in to provide value to shareholders? One area is vertical integration of production. However, Apple has proven time and again that they do not want to own production, famously partnering with huge Chinese manufacturers such as Foxconn. They even sign long-term contracts with specialty manufacturers such as GT Advanced Technology, a synthetic sapphire manufacturer like those used for watch crystals – a company they very easily could have purchased if they were interested in vertical integration.

However, that’s not to say that Apple is failing to increase Capital Expenditures. Its 2014 CapEx budget is $11 billion, up from $7 billion in 2013, according to their 10-K filing. This includes big set asides for opening and remodeling retail stores, but mainly is allocated to “other capital expenditures”, which are further described as “product tooling and manufacturing process equipment, and corporate facilities and infrastructure, including information systems hardware, software and enhancements.” It has also increased its advertising budget, which topped $1 billion in 2013 for the first time.

But $133 billion is a lot of cash. These increases are not going to make a dent in it, especially considering that it keeps flooding in the door. There are still some major, cash-intensive problems to be solved which Apple could invest in, chiefly battery technology. Some have speculated that it could even buy Tesla, another Silicon Valley-bred company making luxury products with technology driven solutions. However, Apple has proven time and time again that it would rather let others do the inventing preferring to use those inventions once they are fully sorted out, and that it is very happy to have a small, focused product range. And that is where ultimately, returning the cash to shareholders makes the most sense. These shareholders can then invest the money in companies who are solving these other problems. $100 billion returned to the tech investment pool can impact the entire ecosystem, possibly funding the next great battery technology or other innovations. This provides better return for investors and ultimately can result in technological advances that Apple can capitalize on with their future products.

Steve Jobs famously told Larry Page, co-founder of Google, that Google did too many things and they should focus on doing just a few very well. Apple continues to be the shining example of this. It makes the best electronic devices in the world. Hopefully it will free the cash to let others invent so that those devices can get even better.