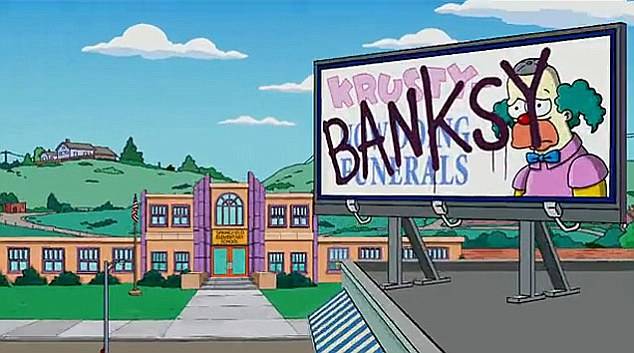 Banksy and The Simpsons

Not quite tech again, but maybe we can do TV Tuesday instead of Tech Tuesday.
For those who have not heard or seen it, popular street artist, Banksy, wrote the opening of The Simpsons last weekend.  For those not familiar, Banksy is perhaps the most famous street artist in the world, although his true identity is secret.  His work is often political and satirical – sort of a modern day Jonathan Swift of the streets.

You have to watch this video:

Multiple things stick out.  First of all, kudos to the producers and to Fox for actually putting this on air.  Obviously it is very edgy material.  Also it is amazing how powerful a message can be if it is delivered with a deft touch.

The ethics of modern production are going to be an issue long into the future.  Just this year there was a major scandal surrounding multiple suicides in the Chinese factory that makes the iPhone.  One of the really special things about watches, especially at the higher end, is that they are a product of truly skilled labor.  Every part is a product of a life-long career.  Apart from any ethical issues, this serves to give the watches a real “soul”.

Thank you to Banksy, the Simpsons and Fox for making one great minute of television – a true rarity among network programming lately.