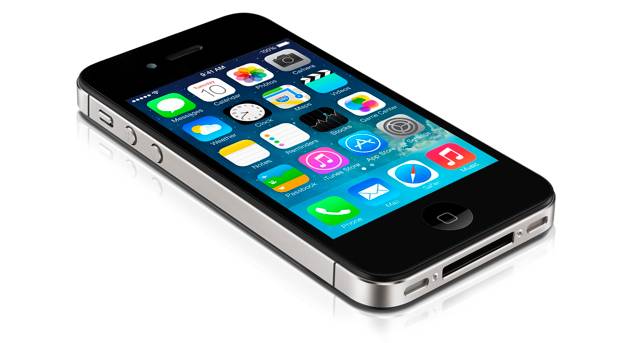 An Android user tests an iPhone

I’m currently on a plane.  I have a bunch of watch related posts to write, but technology is the first thing on my mind right now.
I showed up to my local Apple Store at 5am on the day the first iPhone launched, proudly jettisoned my Blackberry, and marveled at the groundbreaking device.  However, after a while I grew frustrated with AT&T service and decided to give Android a shot on another carrier.  This was a few years ago, and I have been an Android user ever since.  I love testing out the newest phones and am not shy to pay an early termination fee or buy a phone at full price, so in that span I have had 10+ Android phones.  Plus, I am a constant tinkerer so I have rooted them and tried various ROMs and customizations.  I have definitely gotten most everything out of the Android experience.

So, like any Android fanboy, I am eagerly anticipating the Galaxy Nexus, Google’s upcoming flagship phone sporting their newest operating system, Ice Cream Sandwich.  I am especially interested because my current phone, the LTE Samsung Droid Charge, is junk.  As Samsung and Google have repeatedly pushed the Nexus launch back, I figured now would be a perfect time to see what Apple has been working on for the last few years.  So I picked up an iPhone 4S and have been using it as my primary device for two weeks.

The short version of my verdict: it’s a great phone with some unfortunate shortcomings.

First, the biggest win for the iPhone is that the hardware and software just work.  Nearly every Android phone I’ve had suffers from some sort of hardware or software issue.  My current Droid Charge has faulty GPS that always thinks I’m a few blocks from where I am.  I’ve had two warranty replacements with the same issue so I believe it is inherent to the phone itself, not my personal device.  My previous phone, the HTC Thunderbolt, would drop it’s connection and never reconnect without me physically turning the phone off and on.  Apps force close.  Performance seems to slow to a crawl after a few weeks of use, not unlike older Windows PC’s that fly at first and slowly start to run like they’re stuck in tar.  Carriers load the phones with unnecessary programs that can’t be removed, manufacturers use their own “skins” which add ugly design and weird functionality straight on top of the OS that cannot be undone without rooting.  The whole thing is a bit of a mess that requires constant tinkering to get working just right.

The iPhone just works.  The phone does not hesitate to open or do what you ask it to.  Whatever the hardware specs, it never hesitates with anything, has only crashed once, and in general requires no tinkering at all.  This is a huge plus most of the time, and for any casual user it makes the iPhone almost a no brainer.  Unfortunately the negative is that what you see is what you get.  If you do want to tinker or change something, you don’t have many options.

Case in point, Google Voice.  I use Google Voice as my primary number.  Google Voice integration with the iPhone is miserable at best.  Whereas Android basically allows Google Voice to take over your phone, Apple has their dialer and address book locked down completely.  This alone may be a deal breaker for me.

And while iOS generally has a better App selection, Android still has the leg up with the most important Apps.  Google Maps on Android blows away maps on iOS.  Gmail is, not surprisingly, a million times better on Android than iOS where you are forced to use a web app.

And that brings us to Siri.  If you read any tech press, you haven’t escaped talk of Siri, Apple’s new voice controlled “personal assistant”.  Apple calls Siri a beta project and in my experience it has been just that.  Slow, unreliable and mostly unhelpful, Google voice search and voice control are much more useful.  “Navigate to Pazzo Gelato” gets me instant turn by turn navigation to my favorite dessert.  My best use of Siri has been to set my alarm in the morning.

My last big point is LTE.  I cannot tell you how great Verizon’s LTE network is.  I get cable modem speeds with my phone.  I have not had to connect to hotel wifi in a year as I tether my laptop through my phone.  Apple absolutely has to put LTE chips in its next iPhone or it will fall woefully behind.

There are lots of other small plusses and minuses for each, but the bottom line is clear.  It is hard to overstate the value of having a device with fantastic build quality that works perfectly and clearly has had every element well thought out.  The iPhone is that device.  However, I am still eagerly awaiting the Nexus and will likely stay on Android for the foreseeable future.  The core apps are that good.  I just hope the hardware manufacturers can step up their game.